At the top of June, G4 principal David Schnee traveled to the world-renown dokk1 in Aarhus, Denmark, for the Next Library conference. David co-led the interactive session World Game Meets Global Libraries, introducing a midcentury maxim that is finding new relevance today:

“Make the world work for 100% of humanity, in the shortest possible time, through spontaneous cooperation, without ecological offense or the disadvantage of anyone.”

The World Game was invented by Buckminster Fuller in the 1960s to be pursued by the world’s leading universities. However, with the increasing democratization of tech and global connectivity, now the World Game can engage anyone willing to tackle our great challenges…and perhaps public libraries are the perfect venue for it.

Or so we posited for this interactive session, prompting an international group civic chaperones to imagine how public libraries can use Fuller’s Design Science Principles. Teams tackled issues ranging from Migration to Digital Literacy to Next Generation Youth, forging connections across borders, oceans, and cultures. Participants from the United States, Denmark, and Qatar were among those eager to continue the World Game conversation after Next Library 2019 comes to a close. 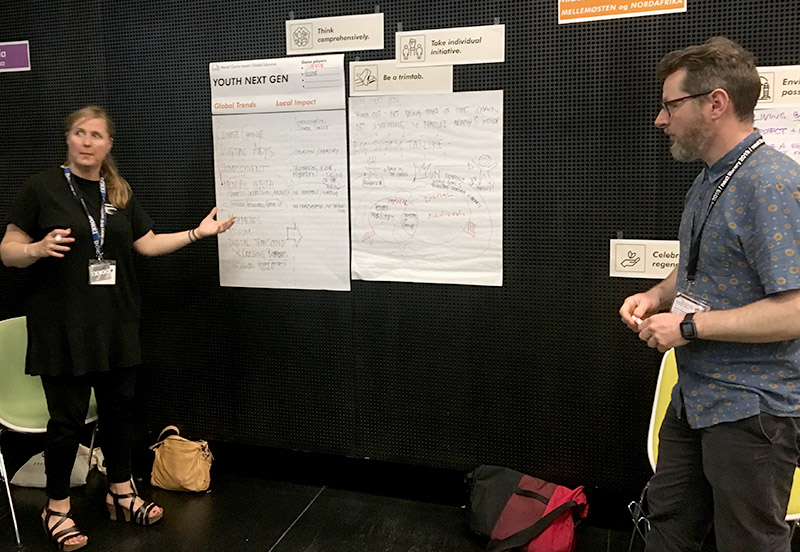