The modernization and expansion of a mid-century library redefines its engagement of the community and anchors the area’s first civic plaza.

A generous “front porch” formed by a dramatic butterfly roof overhang reverses the introverted precursor’s orientation. Since the library’s opening, the porch alone has become a local landmark, hosting everything from food truck picnics to bike clinics, and promising many imaginative opportunities to come.

The new layout places staff desks at the middle of a bow tie-shaped floor plan, permitting sight lines to all spaces from one location, and allowing the doubled-in-size facility to operate with the same sized staff.

The project was developed in coordination with extensive public feedback, and weaves San Lorenzo’s cultural and built history into a destination that celebrates the area’s unique identity. Since opening this project has become a model for future facility improvements within the Alameda County Library system. 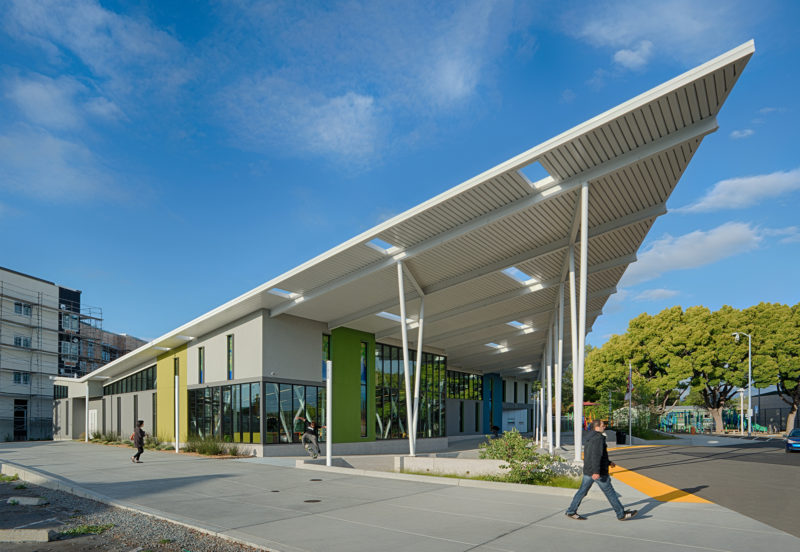 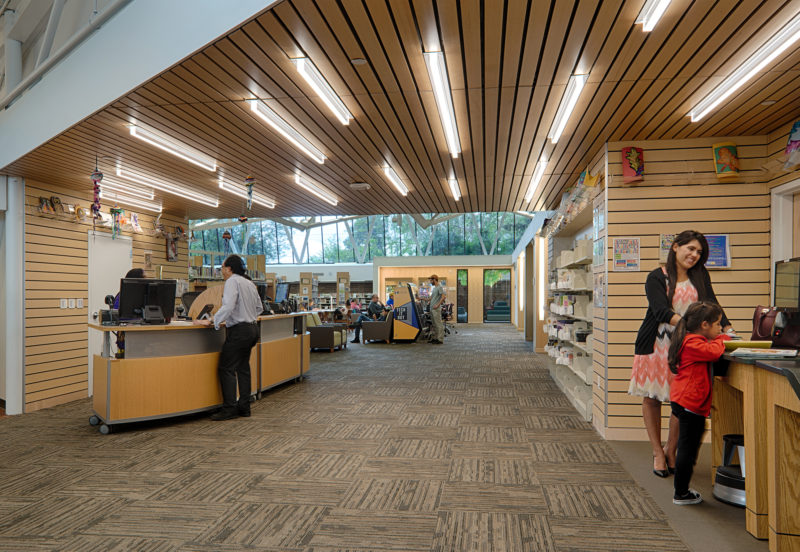 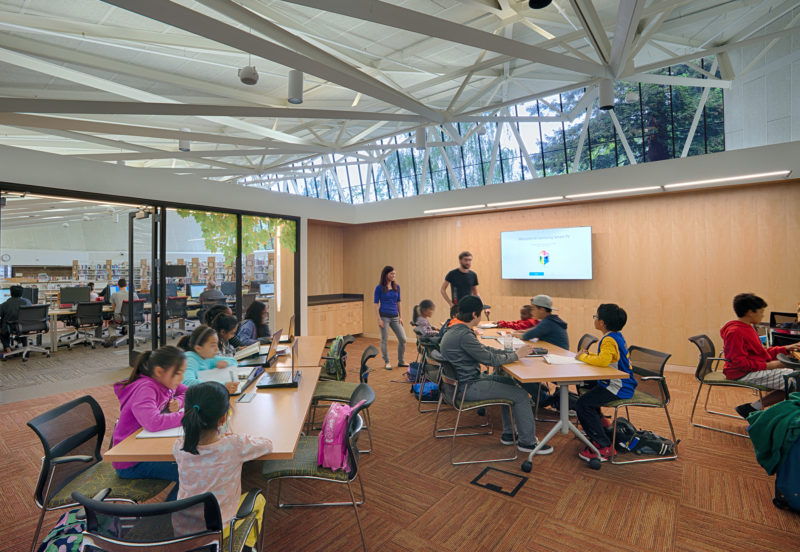 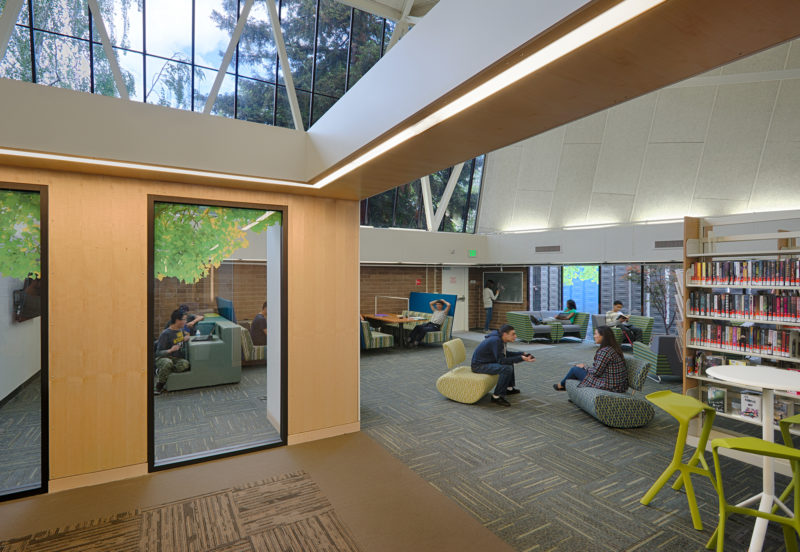 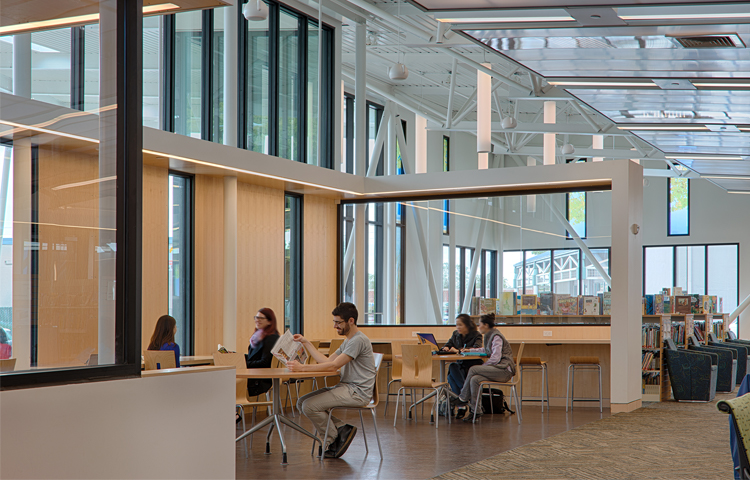 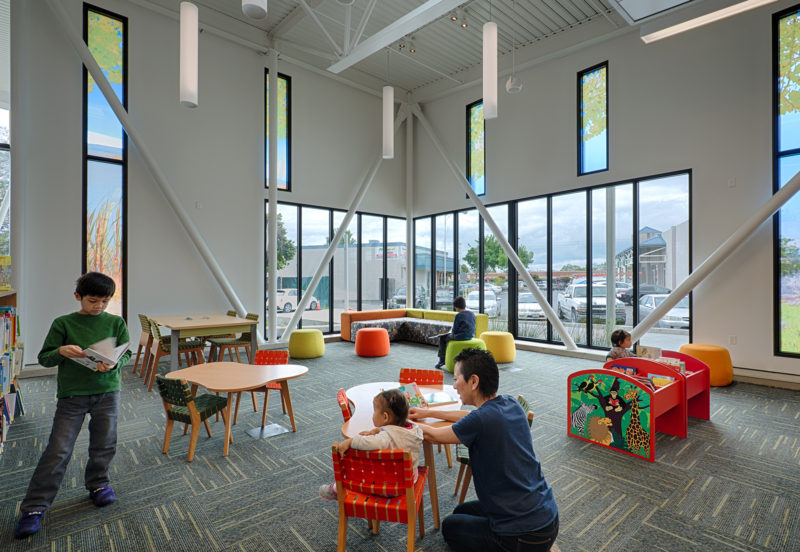 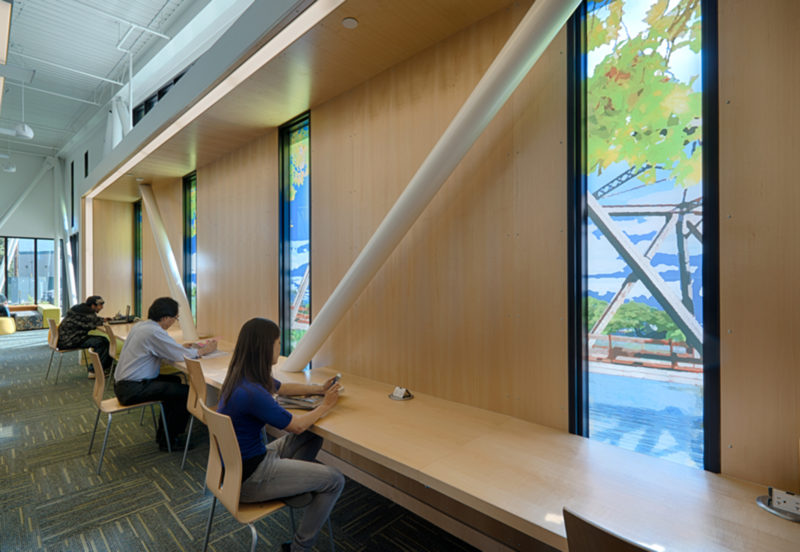 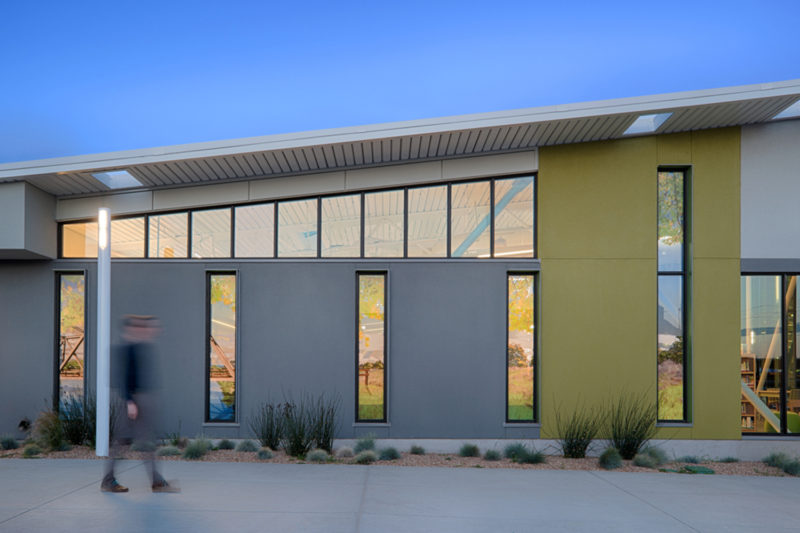 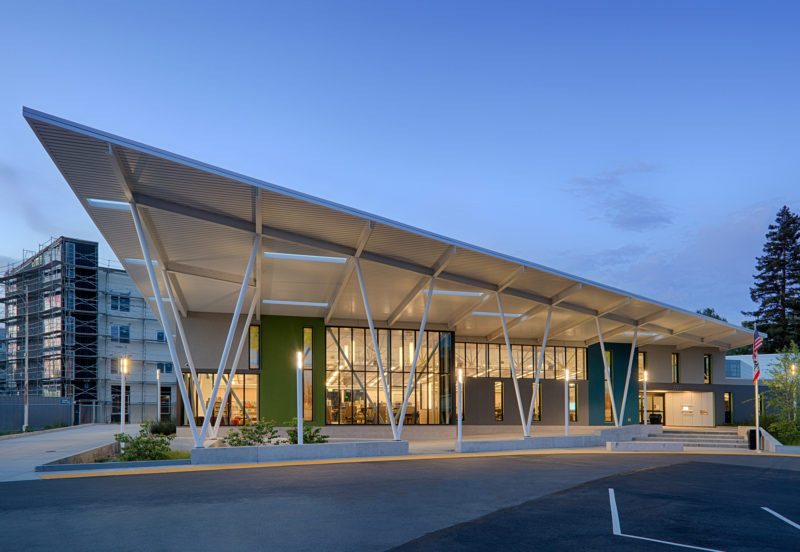